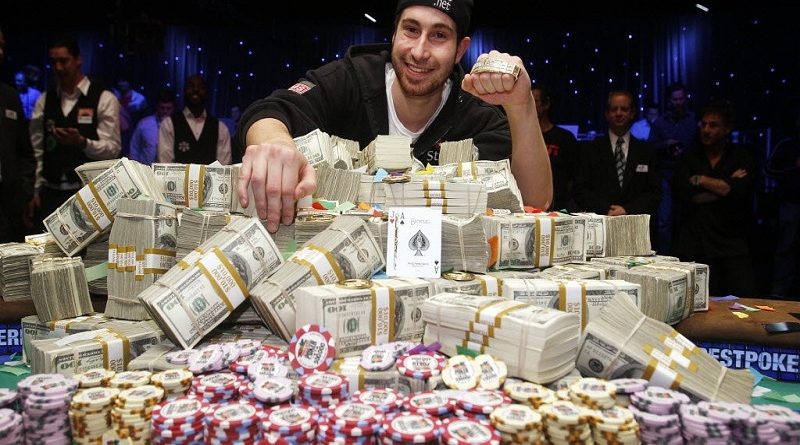 On 1 June 1999 an anonymous business consultant won $21 346 952.22 with only $10.  He placed this bet in a Megabucks slot machine at Caesars Palace and with his very first spin he landed the jackpot.

This win has a sad ending.  Cynthia Jay-Brennan, a cocktail waitress at the time won $34 955 489 on a Megabucks machine at the Desert Inn hotel casino.  Unfortunately 6 weeks after her big win she was the victim of a drunk driving accident and was paralysed in the fatal accident in which her sister also died.

In March 2002 Johanna Huendl made a stop for breakfast and thought she would try her luck at a Megabucks slot machine. She won the jackpot of $22 618 156.67 after playing only $170. Similar stories of big wins with small bets have unfolded online, and it seems that anything can happen if luck is one your side.

Considered one of the luckiest men in Vegas, Elmer Sherwin won the Megabucks jackpot twice.  The first time was in 1989 when he won $4.6 million at the Mirage on the Las Vegas Strip.  Then in 2005 when he was 92 he went down to the Cannery Casino and Hotel and played Megabucks once again and he won $21 147 947.  Elmer donated much of his winnings to those who had been hit by Hurricane Katrina and also used it to support his family.

On 24 September 1980 William Lee Bergstrom, also known as the “suitcase man” went into a Las Vegas casino carrying two empty suitcases.  One case was empty and the other one was filled with cash, $777 000 to be exact.  The “suitcase man” bet all of his money at the Craps table, placing a Don’t Pass line bet.  He succeeded in doubling his money with only one roll of the dice and left the casino with both suitcases filled with his winnings.  His winnings totalled around $1.5 million.

In 2011 an executive, Don Johnson from Bensalem in Pennsylvania won around $15 million while playing Blackjack in Atlantic City. His total winnings were won between three casinos.  The former race track manager did not use any underhanded tricks or count cards, he just played Blackjack really well and also made use of the casino discounts and incentives that were offered to him.

Ashley Revell has an interesting story.  It started out with a friend daring him to bet everything he had on one spin.  And that is what he did.  He sold his Rolex watch, BMW and golf clubs and took the £10 000 that he had to the Plaza Hotel and Casino.  Ashley had managed to scrape together £80 000 and he placed all it on one bet playing Roulette.  The bet was going to be placed at the Hard Rock Hotel, but that did not work out so he went to the Plaza who was happy to have the publicity.  He bet on red after much thought and he won.  His winnings amounted to about £154 000.

These success stories show that big wins are possible and can happen to everyday people everywhere, from Europe to Asia and anywhere in between!