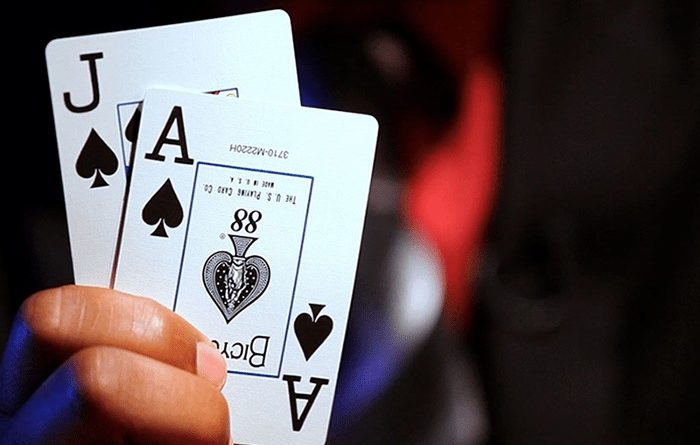 Blackjack has held bettors in thrall for hundreds of years and it is now the world’s most popular table game. It is simple to learn, but ferociously difficult to master. A few elite players have shot to fame by sharing their stories with the rest of the world, allowing us to revel in their brilliance. These are five of the greatest blackjack players in history:

Thorp has used his sharp mathematical brain and pioneering approach towards probability theory to amass a fortune over the years. The Chicago native received his Ph.D. in mathematics from the University of California in 1958. He then worked at MIT for three years before becoming a professor of mathematics and finance at several prestigious institutions. His astute grasp of statistics and probabilities has allowed him to exploit a number of pricing anomalies in the securities markets, and he has juggled his academic career with managing hedge funds, while he thrived at backgammon by inventing the Thorp count, but he is most famous for his feats at the blackjack table.

He used the IBM 704 to test out an advanced card counting technique, and dedicated himself to investigating the probabilities of winning. Thorp said he viewed it as an academic exercise, but he then headed to casinos in Las Vegas, Reno and Lake Tahoe to put his theories to the test. The professor tapped up pro gambler Manny Kimmel to provide the initial $10,000 in capital, and he was remarkably successful. He was known to wear wraparound glasses and fake beards to prevent casinos from recognising him. Thorp published the bestselling Beat the Dealer in 1966, which is known as the original card counting manual. It caused dealers around the world to start shuffling well before the end of the deck in an effort to negate his techniques.

Aponte was a key member of the legendary team of MIT students immortalised by Bringing Down the House by Ben Mezrich. The book was turned into two Hollywood movies – 21 and The Last Casino. Aponte was a key member of the team, along with such luminaries as David Irvine, Jeff Ma, Bill Kaplan, JP Massar, John Chang and Roger Damaree. The team evolved considerably over the course of three decades, and at one point it is said to have contained more than 70 members. They would head to casinos in Vegas and leave with fistfuls of cash.

Aponte proved his prowess by going on to win the World Series of Blackjack in 2004. With Irvine he co-founded the Blackjack Institute, which coaches professional blackjack players. Aponte has coached notable players like Nathaniel Tilton during his career. He is also a regular speaker at universities and corporate events. He developed a love of card games while growing up on army bases across the world, but it was his introduction to the MIT blackjack team that changed the course of his life forever.

Johnson is known as the man who broke Atlantic City. On three separate nights over a six-month period, he hit Caesars for $4 million, the Borgata for $5 million and Tropicana for $6 million. Dozens of spectators crowded around to watch his exploits by the time he arrived at Tropicana in April 2011, wagering $100,000 a hand. “The towers of chips stacked in front of him formed a colourful miniature skyline,” said Mark Bowden of The Atlantic.

He used a calculating edge strategy to absolutely devastate the casinos he visited. It was enough to make the Tropicana’s table game revenues the second lowest among Atlantic City’s 11 casinos that month, when they are usually among the highest. President and chief executive Mark Giannantoniowas swiftly fired for approving the $100,000 per hand limit.

He cannot claim he was not warned. Johnson had already bled the Borgata and Caesars dry by that point. During his epic session at the Tropicana, he made $800,000 off a single hand that included two splits and a double at the end. Johnson has gone on to host lavish parties with Jon Bon Jovi and Pamela Anderson, while splashing out on rare vintage Champagne. Not bad for a former racetrack manager and state regulator. He is now effectively banned from playing at Caesars, while his hands are strictly limited elsewhere, but he should have enough cash to last a while after that $15 million haul between 2010 and 2011.

The term wonging refers to entering a blackjack game after the deck has assumed a positive count that is favourable to the player. The technique was pioneered by Stanford Wong, the iconic author of Professional Blackjack. His real name is John Ferguson, but he assumed the pen name as a nod to his time at Stanford University and his admiration for Asian card players. He admitted that his first-choice pseudonym was Nevada Smith, but that was already taken.

Wong began playing blackjack while teaching finance at San Francisco State University in 1964, and ramped it up while working towards a Ph.D. in finance at Stanford. He agreed to receive a salary of just $1 for his final term of teaching so that he could focus on gambling instead. He has gone on to author more than a dozen popular books on blackjack and had some exciting blackjack options, while his journal – Wong’s Current Blackjack News – gained a cult following. Wong is a member of the Blackjack Hall of Fame, along with such legends as Thorp, Johnson, Chang, Arnold Snyder, Ken Uston, Bill Benter, Peter Griffin, Tommy Hyland and Al Francesco.

Grosjean is the youngest ever inductee into the Blackjack Hall of Fame, which is testament to his flair for the game. He has written two famous books, Beyond Counting and Exhibit CAA: Beyond Counting, which went on to become bestsellers. They provide readers with a concise mathematical explanation of how to gain an advantage while playing table games. Grosjean has put his theories to practice on many occasions and enjoyed great success at the blackjack table.

He graduated from Harvard after studying applied mathematics and then went on to become a statistician, while also coding in half a dozen computer languages. Yet it is his skill at turning casino games to his advantage that has made him rich and famous. “I know more about these games than the casinos,” Grosjean said in a fascinating interview with Wired called Casino Killers. “It’s fun to figure out games and beat them. My major was applied math, and that is what I use.”

Grosjean is also renowned for causing the notorious Griffin Investigations to declare bankruptcy after successfully suing the firm for illegal detainment. The firm was set up by Beverley and Robert Griffin and maintained dossiers of card counters and professional gamblers that could hurt casinos’ profits using legal techniques. Half the major casinos in America once used their services, and the company’s private investigators ended the MIT team’s long winning streak.  Grosjean and fellow gambler Michael Russo said they were detained, labelled as cheaters and arrested based on information supplied by Griffin Investigations, and they won the jury verdicts. Grosjean also won a $599,999 jury verdict against the Imperial Palace in 2005, so you take him on at your peril.